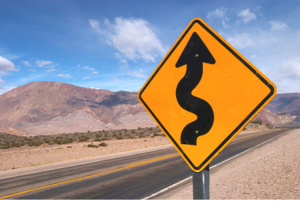 1. Negative-interest currency: Proceeding from the recognition that the social institution of ‘Money as Debt‘ has resulted, amongst other things, in the enrichment of the investing and owning classes – those with the power to loan money into existence – at the expense of everyone else, Eisenstein proposes a currency system that, consistent with the ecological reality that all matter decays, ‘loses value with time’. Bank deposits will pay zero or negative interest rates, encouraging the flow of money and its productive use. The idea of ‘economy and money as flow’ rather than hoarding, saving and accumulation, is a central theme in his work.

2. Elimination of economic rents: In order to address the polarization of wealth flowing from concentrated ownership of property and resources, Eisenstein proposes a series of taxation and other measures that will gradually return the profits accruing from the mere ownership of something (e.g. a patent, copyright or mineral leases) back to ‘the people’.

3. Internalization of social and environmental costs: While at present the costs of polluting industries are displaced either onto the general public or to future generations, Eisenstein advocates the gradual internalization of these costs into the production process, initially via taxes and ‘cap-and-trade’ auction systems. The long-term goal is the creation of currencies which ‘are backed with Earth’s resources and its capacity to absorb and transform waste’.

4. Economic and monetary localization: A key plank of the transition to economies of connection rather than separation, Eisenstein rightly notes that this trend is well advanced in many areas, as seen for example in the burgeoning local food movement in places like Illinois and Todmorden. He expects that as the global financial crisis deepens, moves to reclaim economic and political sovereignty, with nations and regions issuing (or reclaiming) their own currencies will become more common.

5. Social dividend: Building on the social credit theory developed by British Engineer C H Douglas in the aftermath of World War I, the idea of a social dividend is to provide a universal payment to every person in order to guarantee the minimum necessities of life. Calling this a ‘dividend’ recognizes that we are all rightful inheritors of the collective wealth produced by successive human generations over the centuries, just as we are all stewards of the natural wealth of the Earth. Contrary to predominant economic theory and the structure of welfare systems, we are not ‘inherently lazy’, and we do not have to be forced ‘to earn a living’.

6. Economic degrowth: GDP growth has not only become counter-productive socially and environmentally; it is no longer possible, according to the laws of thermodynamics. In fact, stripping out the bloated and parasitical financial sector, we have effectively been in a period of stagnation and de-growth since the 1970s, says Eisenstein. Contrary to official government statistics, real unemployment rates are in the range of 15-20%, which is only to be expected because technological enhancements (productivity improvements) inevitably mean the loss of jobs. Once we get rid of interest-bearing money systems, a degrowth economy becomes feasible and desirable, combined with the other redistributive macro-economic proposals such as the social dividend and abolition of economic rents.

7. Gift culture and P2P economics: The monetization and commercialization of all relationships ‘is a primary reason for the decline of community in modern societies, with its attendant alienation, loneliness, and psychological misery’ (p 344). As the monetary realm contracts, the realm of gifts and sharing will expand. Whereas status currently accrues through ownership and the ability to manipulate others, in a Sacred Economy ‘the connected self grows rich by giving, by playing its role to the fullest in the nourishment of that which extends beyond itself’ (p 327). This trend is already evident with the rise of open source software and P2P collaborative platforms, such as Wikipedia.

Eisenstein concludes his book with practical suggestions for individuals who wish to embody these principles in their lives now. This begins with the development of a ‘gift consciousness’, which is ‘the foundation of a sacred economy’ (p 350). Cultivating a spirit and practice of generosity, through giving and receiving gifts, engenders feelings of gratitude and obligation which ultimately are the ‘social glue’ that binds a community together. From there, Eisenstein proceeds to the practice of ‘non-accumulation’ and ‘right livelihood and investing’, which will, he believes, both provide the best form of security in turbulent times, and create the pathway to the ‘new materialism’:

“If you want to create a world of abundance, a world of gratitude, a world of the gift, you can start by using today’s money, while it still exists, to create more gratitude in the world. If we have a large enough reservoir of gratitude, then our society can withstand practically anything. We live in a world of fundamental abundance that we have, through our beliefs and habits, rendered artificially poor…We will put [the modern consumer lifestyle] aside because we can no longer stand the emptiness, the ugliness. We are starving for spiritual nourishment. We are starving for a life that is personal, connected and meaningful. By choice, that is where we will direct our energy. (p390 & p.426)”

Eisenstein’s vision is bold and compelling. His proposals are comprehensive, coherent and persuasive. His pathways for action demand much of individuals steeped in a culture of endless consumption, but then much will be required to meet the challenges of this century.

My main difficulty with this book is that it glosses over the concrete struggles that will be required to bring about any of the redistributive macro-economic proposals discussed, let alone all of them. Powerful and ruling classes have never at any time willingly ceded their wealth, privilege and status, and there is little reason to expect them to do so now. This is a book mapping out a post-capitalist economy, but it lacks a post-capitalist politics. How we actually get from here to there is the chapter yet to be written, but ultimately it will be the task of future historians to write it.