A Man That the Universe Will Miss 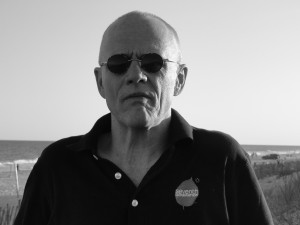 Gregor was a self-discoverer, a psychoanalyst of himself and of others. He was kind and gentle, though his mind was bold and audacious. He had a sixth sense for finding good people, and just as acute a sense of those still struggling with their own evil. He was always there for me. And I mean there for me. When he showed up, he brought all of himself. I’m not sure he even knew how to put himself first. Selfishness was a foreign notion he seemed yet to have discovered. He knew how to “be” in the moment, and yet with or without intention, nothing ever stopped his becoming. His consciousness made the world a more whole and complete place. A place of endless possibility and wonder, and yet also a place of mountains that stretched so high out into the universe, he had yet to figure out how to climb them. This disturbed him.

In the middle of a cold, friendless winter in February 1974, I met Gregor.  Having shown up in the middle of the year at Hampshire College in Amherst, Massachusetts, I knew no one. We quickly became friends. Our relationship evolved around copious amounts of alcohol, long discussions about the women we were not talking to, and the meaning of life. At this point Gregor was more odd than special. And we were in the midst of many people whose purpose in life seemed only to be being odd. Naked men, in winter, dressed only with the sparkles they had glued to their body.

After college we drifted apart. Gregor twice got married, and has one and only child, Shawnee. Living in Connecticut while I was in New York, he described long runs through the country side during which he collected garbage that had been discarded by the side of the road. From then on, everything seemed to a have a multiplicity of purposes.

Most of us skim along on the surface of life, occasionally diving in deeper. Gregor lived in the wide band of existence that falls outside of the consciousness of most people. He was my guide, my mentor and my interpreter to that world. Often I tried to pull him back into a more comfortable place. He had little interest or tolerance for it.

Living, meditating, exploring and often just wandering through these other universes, asking and asking repeatedly, the questions that have fascinated and tortured our greatest philosophers was often a lonely piece of work. Sadly I found little I could do to help.

As my close friend Geoff Davis wrote, Greg “was a mad man, a wild man, a sweet man, a brilliant man, and a magnificently beautiful one, too. To be in a room with Gregor was to be joyfully carried away to a place of hope and possibility that prior to my knowing him, I’d dared not believe in. That’s something Gregor would have no part of, for among all those here who hope so deeply and believe so strongly, Gregor hoped and believed more than any.”

About a decade ago we reunited with a deep hole in our hearts that years apart had left us. Out of the blue he called, and Gregor and Teresa met Sheila and I down in Long Island. Since that reunion, barely a day has gone by that I haven’t sent him something or talked to him.

He was ready for any adventure, all the time. Whether it was a journey to the Brazilian Amazon, protecting sea turtles in Costa Rica, or just a drive to Boston, he was ready to journey with me, anytime and anywhere. During those trips we talked about everything and nothing. Silence was always as comfortable a space as a journey into the deepest reaches of our souls that we could muster. I never had such a committed companion. The world has many more dark corners now than it did before.

A year or two after he moved to Vermont, on October 31st, 2004, I was thrilled to announce that Gregor Barnum would become a full-time employee of Seventh Generation and our first-ever Director of Corporate Responsibility. From there he traveled on to become the first Director of Corporate Consciousness that any company had ever had. No one but Gregor could have thought up such a title, let alone also filled such a role. He brought us Carol Sanford and Cheryl Heller to lead almost five of the most wonderful years in the company’s life. Gregor’s vision was to create a company where we, the people at the company, were growing personally as fast as the company, and thus enabling it to grow ever faster. In 2008 we grew the sales of the company at more than 50% and seemed to break the sound barrier.

It always seemed strange to think that Gregor began his career working at PBS for Mister Rogers’ Neighborhood, both on the set and in public relations.  But then Gregor always saw things we never will. Buckminster Fuller, or as Gregor said, Buckey, made much more sense. Buckey was an inspiration that stayed with him his whole life like a little bird that sat on his shoulder whispering in his ear.

Geoff Davis also wrote about Gregor, that he “ate books for breakfast that I would never dare to pick up. He loved revolutionary evolutionary thinking, and the farther out on the vanguard it was, the better he liked it. Sometimes I’d have conversations with him, and it would be all I could do just to hang on as he’d weave Buckminster Fuller, biomimicry, No Country for Old Men, and systems thinking into a single idea that left me in awe. Gregor was so far out on the cutting edge that the cutting edge was in his rear-view mirror.”

It did take a while to adjust to his reading Heidegger and Kierkegaard while I was sunbathing.  He did get me into Reichian therapy, not one of my most happy experiences. Then there was his dancing, it required that we set up a yellow tape around a designated area to protect children that might wander into the area. Gregor usually danced in a kilt, which seemed to make sense with his flaming red head. Gregor danced as if he’d been set free from all the cares in the world, an explosion of wild, unbounded energy, a cloud buster.

When he wrote, somewhat incognito, on the Seventh Generation blog, his musings were signed, “The White Rhino.” A suiting mixture of force and strength, with a feminine identity that emanates from a force we’re not sure we really ever understood.

Gregor was hard on himself. Often his gentle nature usually didn’t extend to how he cared for himself. He refused to rest, to stop asking tough questions about the meaning and purpose of life. And then he would ask, what was it that he was here to do? Was he doing it? How could he do it better?

While pain, shock and grief often accompany a loss of this sort, I’m also left trying to figure out how to reconfigure the universe without him in it.