Business Profits Are An Illusion, Based On A Slight Of Hand 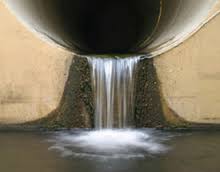 If business stopped externalizing its costs it would stop making money!

I’m somewhat obsessed with the concept of “externalities” and “full cost accounting,” the companion concept developed to capture them. “Externalities” are the costs and negative impacts imposed by businesses onto society and the environment that are not paid for by those businesses. Manufacturing puts pollutants in the air that increase public health costs, but the public, not the polluting businesses, picks up the tab. In this way, businesses privatize profits and publicize costs.

Recently, Trucost on behalf of The Economics of Ecosystems and Biodiversity (TEEB) took pen to paper to make some marco/global calculations of what the total costs of externalization are (check out a recent report [PDF] done by Trucost, an environmental consultancy sponsored by United Nations Environmental Program.)

TEEB asked Trucost to tally up the total “unpriced natural capital” consumed by the world’s top industrial sectors. (“Natural capital” refers to ecological materials and services like, say, clean water or a stable atmosphere that are damaged or destroyed by business; “unpriced” means that businesses don’t pay to consume them.)

This is a huge task; also hugely important. Doing it required a specific methodology that built in a series of assumptions. The report serves as a critically important signpost pointing the way to the truth about the cost and impact of externalities.

Here’s how those impacts break down based on an analysis of the report by Dave Roberts in Grist. He calculates that:

So how much is that costing us? Trucost’s headline results are fairly stunning.

Second, surprising no one, coal is the enemy of the human race. Trucost compiled rankings, both of the top environmental impacts and of the top industrial culprits.

Here are the top five biggest environmental impacts and the region-sectors responsible for them:

Not surprisingly the biggest single environmental cost is greenhouse gases from burning in China and the fifth biggest is results from burning coal in North America.

Roberts concludes, “Of the top 20 region-sectors ranked by environmental impacts, none would be profitable if environmental costs were fully integrated.”

Ponder that for a moment.

None of the world’s top industrial sectors would be profitable if they were paying their full freight. None! As legendary environmentalist Paul Hawken put it, “We are stealing the future, selling it in the present, and calling it GDP.”

What we need is not just better accounting, but a totally new global accounting and industrial system, a new way to practice capitalism, a new way to think about the economy and a new way of providing for human well being.