Recently the Michael Moss in a New York Times Magazine cover story on “The Extraordinary Science of Addictive Junk Food” examined how food companies have known for decades that salt, sugar and fat are not good for us in the quantities American’s consume them, and yet every year they convince most of us to ingest about twice the recommended amount of salt and 70 pounds of sugar – up to 22 teaspoons a day. 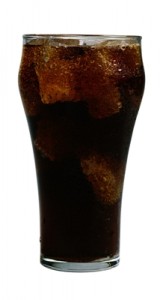 As a critique of corporate behavior for 25 years, Michael Moss’s story convinced me to add US consumer food companies such as Pepsi, Kraft and General Mills to part of America’s evil corporate empire that already includes the banking and finance industry, the chemical industry, and the defense industry together with the US Chamber of Commerce.

Is every company in these industries evil? Certainly not, but too many of them have acted with a blatant disregard for reasonable moral and ethical behavior.

A few highlights from Moss’s story:

At a meeting in 1999 that engaged the CEOs of some of the largest food companies in the country, they were presented with a vivid picture of the emerging obesity crisis. The presenter was none other than one of their own, a senior executive at Kraft, who basically laid the emerging obesity crisis at the feet of the processed food industry and pleaded with them to do something collectively to turn the corner.

Industry food executives responded by saying, “Look, we’re already providing people with choices in the grocery store. We are committed to nutrition, as we are to convenience and low prices.”  But what they meant to say was that they were worried about the lost billions in sales if the healthier products they created weren’t as addictive as the garbage they now make.

Salt, sugar, and fat are the three pillars, the Holy Grail on which the food industry survives. And through their research, the industry knows that, “when they hit the perfect amounts of each of those ingredients, they’ll send us over the moon, products will fly off the shelves, we’ll eat more, we’ll buy more—and being companies, of course, that they will make more money.”

Obesity is an epidemic by design, as is diabetes. Americans are sick and no amount of health insurance is likely to make us better. It’s time to recognize that the food industry is the new tobacco industry and start taking action in the same way.