One in four students contracted a STI during their first year of university! 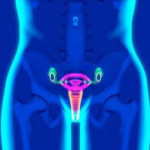 “Think about your closest group of friends – if there are eight of you, that means two will probably get themselves infected with something nasty sooner rather than later, if they haven’t already. The scariest part is, they might not even know about it.”

STIs for 16-24 year olds in the UK – is a demographic that accounts for more than half of all newly diagnosed infections.

16-24 year olds account for 63% of new cases of Chlamydia, 54% of genital warts, 47% of gonorrhea, 41% of herpes and 16% of syphilis (which can lead to dementia, incidentally). There has been an upward trend in diagnosis since 1995 – and the biggest rise has been in young women and gay men.

Genital warts are the second commonest STI with the highest rate of infection occurring among men aged 20-34 and women aged 16-34.

Lucy continues, “So why are condoms still being neglected, when we know how absolutely essential they are to our health? Is it because most female students are on the pill, and that STIs are more treatable and less potentially life changing than pregnancy – so if they arise we’ll deal with them tomorrow sober? Is it because we don’t want to break off to fiddle with a bit of latex and lose the sexually-charged momentum, or because there actually still is a stigma attached to carrying condoms around on the off chance that they might be needed? Or is it simply because we’re drunk a lot of the time when we have sex (face it, it’s true) and we just… forget?”

Natika H. Halil, Director of Communications, Health and Wellbeing at FPA, says, “Condoms are the only method of contraception that can help protect against STIs as well as unplanned pregnancy, but the diagnosis figures suggest condom use is on the wane and many young people seem to be relying on treatment rather than prevention.”

Only 14% of men and 18% of women said that they always used a condom with a new sexual partner.

If you do have unprotected sex book an appointment with your local reproductive healthcare clinic as soon as possible. Better to be safe than sorry.