So, how are the Millennials doing?

Not terribly well. According to a Fall 2013 survey conducted at Rutgers University, the recovery still isn’t so great for the bottom 99% and particularly those under 35. Nearly one-quarter (23%) of all respondents to the survey were laid off from either a full-time or part-time job during and after the recession (over the past four years).

According to the survey, older workers fared slightly better during the recession than younger workers. Nineteen percent of workers age 55 and older were laid off from a job compared to 23% of workers ages 34 to 54 and 28% of workers ages 18 to 34. As of 2013, fourteen percent of younger workers are unemployed and looking for work — a figure well above the recent national unemployment estimates — while just 8% of middle-aged workers say the same. Underemployment is also rampant. Close to 50% of respondents say that they took either a lower paying job after being laid off or their current job is a “step down” from their past one. 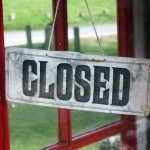 What happens when roughly 14% of those under 35 are looking for work? How about when those under 35 are balancing 3 jobs to cover the cost of living and their costly education? Noteworthy is McKinsey’s 2000 projection that Millennials will hold up to 11 jobs before reaching the age of 38. Imagine looking into a 30 year mortgage in one location on a house, unsure of whether your current job will last – not that easy. When young people are still struggling to get a secure, well-paying job, other markets struggle because of it. A strong home-owner market is one of the cornerstones of a healthy economy. When Millennials are putting off the decision to settle down and start a family due to uncertainty in the job market combined with increased educational debt, it bodes badly for the US economy.

The notion of disposable workers, or “labor market flexibility” (letting companies fire employees on a whim) goes hand in hand with the Millennial’s plight. Although companies fare better when they treat employees as an investment, cultivating the right employee, most still use the practice of constant hiring and firing, which is extremely costly. Not only is it bad for the company, but it compounds the Millennial’s uncertainty, giving rise to the next generation of workers in the US economy: those that are not settling down anytime soon. While the economic recovery may look fine for a few (read: the top 1%), what fails to gain any traction is an emphasis on helping out the new wave of workers that are anxious to enter the workforce in a meaningful way.