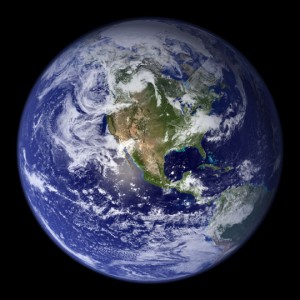 Most of what passes for “sustainability” isn’t actually sustainable at all.

We have endlessly – and dangerously confused – “less bad” with “good.”

Whether looking at a product or a company, sustainability ends up being mostly about less pollution, less waste, and the more efficient use of natural resources. All of these things, while commendable, simply reduce the rate at which we are destroying the planet.

In 2011, Deloitte Innovation (yes, the very same Deloitte we all know from their accounting fame) launched a collaboration with John Elkington, founder of Volans, a sustainability consulting firm. John, who previously founded SustainAbility  has been a leader and visionary in the world of corporate sustainability for decades, and a good friend.

The goal of the collaboration was to envision “a new breed of inventors, innovators, entrepreneurs, intrapreneurs, investors, managers, or educators who promote wealth creation while driving adverse environmental, social, and economic impacts towards zero.” John Elkington calls them “Zeronauts,” archetypes needed for a new economic model that would achieve at least a ‘Zero Impact Growth’ economy, respecting planetary limits and societal well-being.

While not what I would call regenerative or restorative, products and services that actually repair the damage done to the earth, zero damage is way better than settling for “less bad.”

The work between Deloitte and Elkington led to a Zeronauts Symposium, held on 5 June 2012, at Deloitte’s Dutch headquarters in Rotterdam, during which John Elkington’s book ‘The Zeronauts – Breaking the Sustainability Barrier’ was launched.

In the report published about the Symposium, Deloitte makes several observations that were both welcome – and somewhat shocking. They were shocking relative to the recognition of the dire state of the world, and to our failure to meaningfully address the social and environmental damage.

The symposium also introduced The Zero Impact Growth Monitor (ZIG-M), in which Deloitte Innovation evaluated 65 UN Global Compact member companies that are seen as ‘leaders’ in sustainability based on the “Zeronauts” framework developed by Elkington.

In the final ranking, Unilever, a company that has raised the bar for the whole corporate world, ranks first due to its truly holistic approach. The Unilever Sustainable Living Plan  advocates a holistic long-term strategy, based on the overarching vision “to create a better future in which people can improve their quality of life without increasing their environmental footprint.”

2. Someone who finds, investigates, and develops breakthrough, footprint-shrinking solutions for the growing tensions between demography, consumerist lifestyles, and sustainability.

3. Political leader or policy-maker who helps to create the regulator frameworks and incentives needed to drive related ‘1-Earth’ solutions to scale.