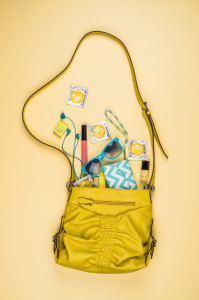 Ok, as a man, this is a subject I only know a limited amount about. But what I do know is, it’s a damn shame that our culture has glorified the purchase of condoms by men and made women feel ashamed of doing the same thing.

As the founder of a new condom company, Sustain, the challenge of changing the stigma attached to women and condoms, rivals the importance of actually selling this critically important product.

A few months ago I came across a powerfully important story written by Sarah Jayne on the “Changing Condom Culture.” She tells the story of what she found when she asked the women at a party, “Who’s got a condom?”

The answer – no one.

How do we change this dangerous paradigm? We need both education and role models. Lena Dunham, star and creator of Girls, the HBO series, does a wonderful job extolling the virtues of using condoms. But she can’t do it alone. There are a host of amazing organizations from Bedsider http://bedsider.org/ to Planned Parenthood committed to spreading the message – but with 25% of female first year college students acquiring some type of STD, we clearly are not doing enough.